A Short Happy Story About Adeola 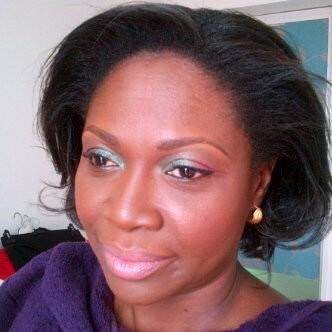 A year ago, 16-year-old Adeola was trapped in her own little world, and it wasn’t a pretty place. Nobody understood why she couldn’t seem to communicate like other children; she couldn’t talk, rarely made eye contact with people and had massive tantrums if she didn’t get her own way. Her reality consisted of people screaming at her to behave and stop what she was doing. Sometimes she was beaten. Other times, she was locked in the house when her family went out because they didn’t want to be seen with her. Adeola has a severe form of autism, a disorder misunderstood by many in Nigeria.

Adeola was admitted into Patrick speech and languages centre early January 2013. She came to the centre with good receptive skills but her expressive language skill was our concern. She seldom uses her words when she came. She exhibited signs of severe autism. She throws tantrum when she is not allowed to have her way and can destroy anything along her path. She is constantly going back and forth for the toilet. She did not relate with anybody. Her level of cognitive skill was low. These are some of the challenges Adeola was facing as at the time she was admitted at Patricks. She was then placed on speech therapy, her cognitive and social skill was also worked upon and she was able to improve in the following areas.

Language and communication
Adeola’s receptive language skill changed from fair to good and her expressive language skills also changed. She can imitate words and can sing rhymes and songs. She can fill in words in any rhyme and song. Her level of imitation increased and she makes a lot of effort in the use of words. She can make requests such as wee-wee and express unwanted desires like ‘no’, ‘leave me alone’. One of the greatest achievements was her ability to recite National Anthem.

Gross and Fine Motor
Adeola’s fine and gross motor skill also changed from fair to good during her period at Patricks. Beading, painting, scribbling, colouring, stacking was no longer a challenge. She can fix puzzles and can write, copy from board. She can turn pages of book and can also draw pre-pattern objects.

Cognitive Skill
Adeola’s cognitive skill also changed. She did not find it too difficult to identify objects. Her level of attention increased from fair to good and she became interested in simple academics and use of letter sounds to jump start her ability to read.

Self Help Skill
Adeola’s self help skill remarkably changed. She can now dress herself up and clean up herself after each meal.

Behaviour
Her level of tantrum also reduced tremendously. She behaves better in the class even in the public. Her social interaction also increased. Although she might not be able to initiate interaction but she joins other when engaged in turn taking activities.

This little girl with the dark eyes is no longer a lost soul in a world where nobody understands her.