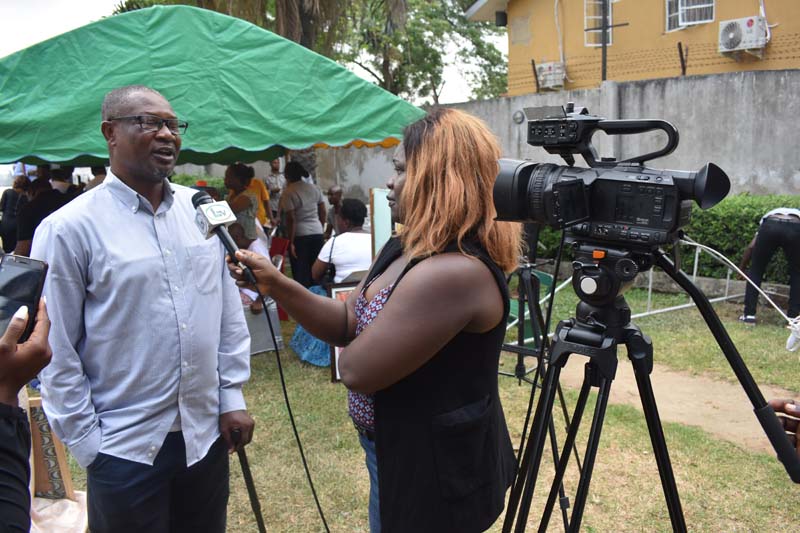 The founder and director, Patrick Speech and Language Centre, Lagos, the solely autism centre in Nigeria, Mrs. Dotun Akande, in her interview with BUKOLA ADEBAYO, says autism is no longer a rate disorder and that it can be detected as early as six month
Excerpts of Interview with Punch of May 4, 2011

What are the symptons of autism?
The first sign that parents notice is no-speech from 2 to 18 months or 24 months. The child does not connect with eye contact, is hyperactive, jumps from one place to the other and finds it difficult to settle. Some will say that the child is spoilt not knowing that the child has challenges.

Autistic children have a lot of stimuli coming in. They have sensory processing disorder and they can’t filter it, so in order to regulate, they keep jumping up and down. They want to eat a particular food all the time, laugh inappropriately or cry anyhow and display other emotions. They could suddenly burst into tears when they are talking with someone. They do not sometimes recognise their parents and close relations.

They are in their own world; they could even be looking at people from the corner of their eyes. Those are the bizarre behaviour they exhibit.

The autistic child takes himself out of the crowd and wants to be alone and if you move next to him/her, he/she moves away. Some of them shut their eyes because the sun ray is too much.They have odd behaviour. It is a combination of many things, because there are some that have no speech and do not have the other symptoms. That child is not autistic because you could work with the child for six months and he starts to talk. So delay speech is not necessarily attributed to autism.

Are there ways mothers can avoid giving birth to autistic children?
Right now there is no way, because the reason why autism is here we do not know. Some people say if you marry late but we have found people that got married early with autistic children. I know some say that it is when they give their child a vaccination that they observe a loss of skills in the children, because some of the attributes of autistic children are that they sow no speech, no language, no attention, not wanting to interact with people. Although at 18 months when you give some babies the Measles Mumps Rubella vaccine, they regress, they loose all skills, but the underlying fact is that some children take MMR and they do well. So there must be something in the genes of the child that regesses which must have been triggered off by the vaccination.

We do not know what causes autism, so we cannot even prevent it. It cuts accross the less priviledged children to the more priviledged families. It’s not about care, it is not that I can take better care of my child. It cuts across. We all face the same challenges plus MMR. It is not common in public hospitals, it’s in private hospitals and you still have people from poor families still giving birth to autistic children.

But some doctors and medical professional still say autism is rare in Nigeria, is tha true?
It is not rare. It is far from being rare. When I first started this centre, the number of enquiries I got from people was overwhelming. Many families are going through this, they are many, some of these children are being kept in the house, some of them are not in regular schools, some of them are in special schools for the mentally-retarded and psychiatric hospitals. It cuts across because a lot of people didn’t know what it was or what it is and they are still battling with the symptoms. That is the only way you can work with a child with autism. You observe the child and you run with it. So we will say it is not a rare disorder anymore, because if you take two, three or four people, you will find out they have families with children with autism and from the world’s assessment, one in 150 people lives with autism, so in Nigeria, it means we have one million children and adults living with autism. So, it’s not rare.