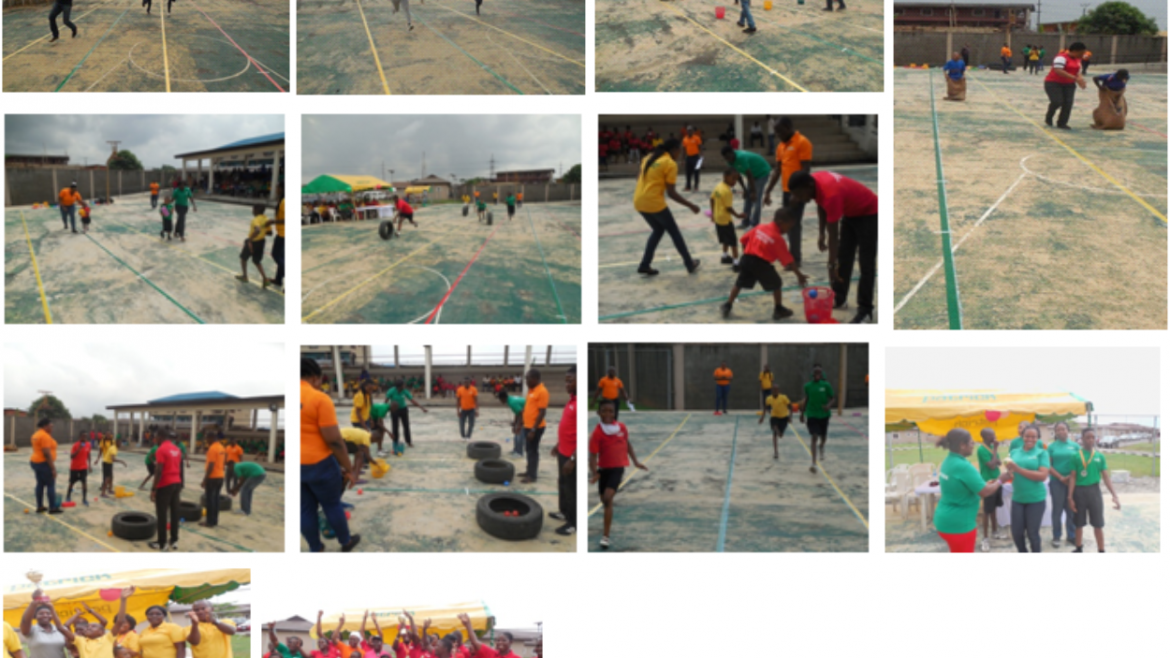 The annual sports competition of Patrick Speech and Languages Centre was held on 27th February, 2015 at Ketu Special Children Centre. Pupils, staff and parents were all dressed in their various sports wear to show the houses they belong to. At Patrick’s, three houses are in operation and these are Crystal House (Green), Diamond House (Yellow House) and Treasure House (Red). The programme started with an opening prayer by Mrs. Ogidi who was one of our parents. The event was graced by a Special Guest of Honour (Mrs. Fadairo), the Director of Poverty Alleviation and Programme, Lagos State.

The inter house sport competition was anchored by Mrs. Sebanjo and Miss Funmi. The event was officially opened by Mr. Murphy who was one of the coaches for the day. The sport day event was filled with activities like running, throwing of balls, picking of balls, tyre race, walking race, lego building, fill in the bottle and catching the train. Patrick Speech and Languages Centre children, staff and parents were really excited and one could rightly see the jubilation and excitement in the air as people are being called out to participate in each of these activities.

The invited schools present include: The Learning Place, Ketu Special Children Centre, and Children Developmental Centre who in turn participated in almost all the above listed events. Moreso, our amiable parents and staff are not left out in participating in the different activities. Medals were presented to athletes who participated in each of these activities. In all, the participants of Treasure House came out as the champion of the event and they were presented with a Golden Trophy for their excellent performance; while Diamond House came second and Crystal House came third.

The programme was a huge success and everyone present was treated to a sumptuous meal. The event was brought to an end with a vote of thanks by the Head of School, Mr. Bidemi Yinusa.