[vc_row][vc_column][vc_column_text]Our free consultation held between the 15th – 17th of March, 2018.  It was phenomenal and educational – our phone lines were busy due to phone calls coming in for enquiries and appointments.

The programme came about as a result of enquires from the huge number of families with children living with disabilities that cannot afford services to help their children live more fulfilling lives. Consequently, people approach our Centre daily for help. We concluded that the best way to help is to give the parents skills that they can use in the home environment to support their child. The next step was to get the families together.

We then went on radio station, and social media as part of our efforts to bring this laudable programme to all and sundry.

Expectedly, people turned up in droves, as they began to arrive as early as 7am for a program billed for 9am.  They came from places as far as Ibadan, Jos, Abeokuta as well as the inclusive schools.  The response was overwhelming.

Staff were on ground to get the venue ready, and to receive the participants who were already too eager to be attended to.  Consultants and volunteers also came in one after the other and started work immediately.

Notably, consultants came from far and near such as Port Harcourt and other parts of Lagos to lend their support to this laudable programme.

The first port of call was the registration stand, where we had as many as eight to ten staff in charge of registration.  Then the participants and their children began the day with the staff asking preliminary questions about their children to know which one of the consultants they needed to see.  These ranged from: Occupational Therapist, Speech Therapist, Behavioural, Counseling, Pediatrician, Educational Diagnostics, Audiologist, Nutritionist, Physiotherapist, Psychologist, and last but not the least Psychiatrist.

On the first day there was a large crowd of about 56 people, and more were turned back at the gate due to time constraints, that is, there would not have been enough time to see them one on one, since they came late.  They were told to come back the following day.

Days two and three were equally crowded from statistics.  However, some people could not wait to see the therapists because the day was far spent. A total of 106 persons were seen by therapists during the 3-day outreach program.

Those present were separated into groups: Down Syndrome, Autism and Cerebral Palsy, hearing impairment and speech-related problems, and medical issues which ranged from issues with sight, hearing, mobility, sensory – all combined in a child; also seizures and mental retardation.

On the whole, 32 cases of Autism were treated, 31 cases of Cerebral Palsy were also dealt with, while 7 of Down Syndrome cases were seen.  However, those with hearing impairment numbered 8, and there were 6 medical cases.  Those with nutritional needs were told the kinds of foods to eat and what to avoid, while the Psychologist worked on the importance of their roles as parents, and how to handle their children with disabilities.

As a follow up, they will be added to a whatsapp group so as to enable us follow the progress of their children as well as inform them of what will further help them to acquire more skills on caring for their loved ones living with disabilities.  Also, there will be quarterly workshops organized for parents of individuals living with Autism so as to keep them in tune with on –going trends in the field.

Apart from the free advice/consultation from the consultants, the crowd was treated to sumptuous snacks, for which they were grateful.  A lot of them acknowledged the fact that it was a laudable event and would love to have a repeat.[/vc_column_text][vc_gallery type=”image_grid” images=”1770,1772″][/vc_column][/vc_row] 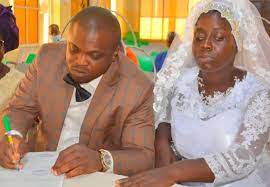 Autistic Couple Finds Perfection In Each Other, Exchanges Wedding Vows 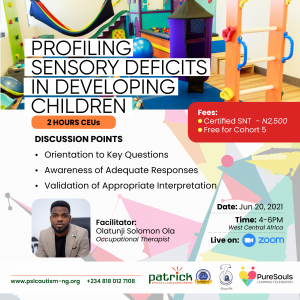 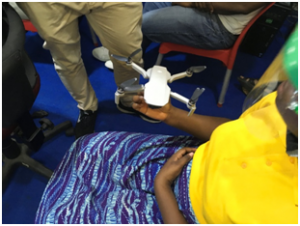 STEM Robotics and Drones Workshop for Students and Educators