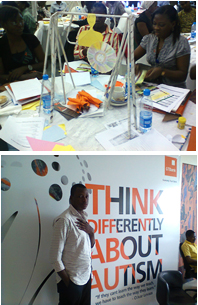 This year’s Autism Spectrum Disorder Seminar was organized by Guaranty Trust Bank courtesy of their orange ribbon. The seminar was a two-day training programme held on 13th march and 14th march, 2012 at the Bespoke centre, km 18 Lekki-Ajah Expressway, Lagos. The orange ribbon is an annual programme to create autism awareness, educate and equip […] 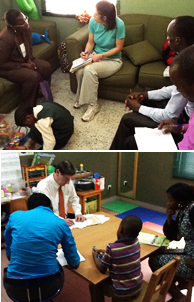 GTBank Autism Resource program 2012 with ASD (Autism Spectrum Disorders) professionals from the USA (United States of America) organized a one-on-one assessment session for children with Autism and other related disabilities through partnership with Patrick Speech and Languages Centre (PSLC) on March 9th, 10th and 12th, 2012 at 13b, Remi Fanikayode Street, GRA, Ikeja, Lagos. […] 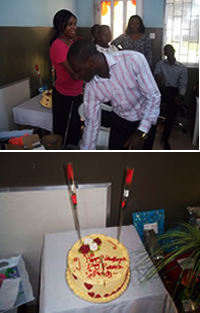 The Valentine Day Celebration, an annual event at Patrick Speech and Languages Centre (PSLC), organized to foster social interaction amongst our children at the centre went off without a hitch. This year’s celebration was in a class of its own as the children had an incredibly fun-filled day. The party commenced at about 11:00am with […]

The Premiere of ‘Silver Lining’; the short film on Autism was held on Sunday, 27th May 2012 with much fanfare. It was a beautiful evening of fun, laughter, tears, sober reflection and much hope! The event took place at 10A Ikoya street, off MacPherson street, Ikoyi and had guests were treated to a lovely movie […]

The sport day was held on the 31st May, 2012 at Patrick speech and languages centre in collaboration with Special Olympics Nigeria (SON). The event started at exact 11.30am with an opening prayer said by one of our parents Mrs. Ezeji. Followed by the National anthem lead by Exalt Ebenezer a staff of Patrick Speech […]

The cultural day celebration took place on the 28th September, 2012. It is an annual event at Patrick Speech and Languages Centre (PSLC) which was organized to foster social interaction and cultural values among our children at the centre. This year’s celebration was fantastic as the children had a fun-filled day with an amazing cultural […]

Talents in Autism Concert is a yearly event that creates a platform for the children and staff of Patrick Speech and Language Centre to show case their unique talent in different areas. This year’s talent in Autism Show, in its fourth edition, took place at The Incubator, Yesufu Abiodun, Victoria Island in Lagos State, on […]