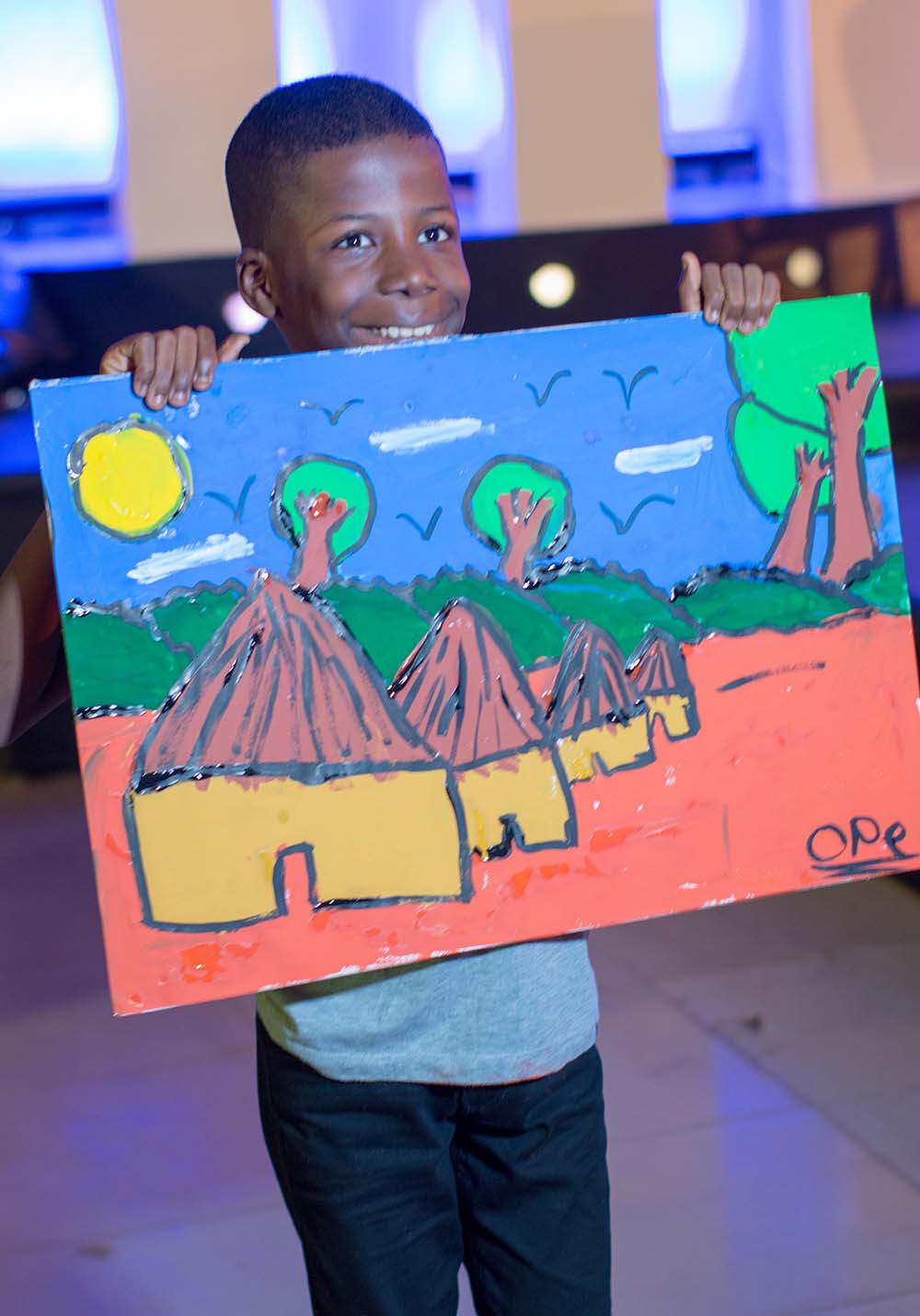 The memorable occasion occurred on the 16th of December, 2018 at the Harbout Point, Victoria Island, Lagos. The program started by 2pm as guests arrived at the venue. It commenced with an opening prayer by Bose, followed by singing of the National Anthem by David and Abiodun, all students of Patricks Speech and Languages Centre. Then Alphabet display was done by 18 students of the centre in an orderly manner. Following this was the Bible reading, done by Michel.

Blue class was the first class to perform, which was noteworthy and eye-catchy especially because the little beautiful kids it comprises of. These toddlers assited by therapists, were able to display colours and demonstrate other lovely action rhymes. Thereafter, Oreofe, a former student of the centre but presently a staff, played different musical notes with the use of the piano. His performance was enjoyed, evidenced by the resounding applause from the audience after its conclusion. Another memory verse was recited by David, a student of the centre, which was accurate as it was well-prepared-for.

Thereafter Pink class had their performance, as they showcased the “happy dance” music and presented a choreography song, which were worthwhile. Piano presentation was preformed by Michel and Emem which was enjoyed by everyone in attendance. Opeoluwa was featured in the program, as he presented an amazing Art skill which was done by him live on the stage that day. He displayed a beautiful, well-coloured picture. He was appreciated with some gift of money by some individuals in attendance and his mother was overjoyed, expressing her gratitude at the occasion. Following this, Mrs. Soji Bisi Olatoye, the guest speaker discussed the topic “The Magic In Me” which was the theme of Talent In Autism Show 10.

Preceeding Mrs. Dotun Akande’s speech was Yellow class’ performance. These teenagers and pre-teens acted out well co-ordinated drama clips, understood and enjoyed by all. Mojams, Ebuka and Uthman also performed music presentations. Then, Mrs. Akande gave an address about Patrick Speech and Languages centre, the leading autism centre in Nigeria and its remarkable achievements. She also introduced the Gazell Studio, which Mrs. Aanu Sebanjo expatiated how the studio was used in training individuals with autism and internally displaced persons (IDP) on sewing-related skills.

Finally, Orange class performance was an enthusiastic cultural music dance with South African attires; it was a splendid energetic performance. Another piano presentation was performed by Tomiwa who was formerly a student of the centre. Gradually the wonderful occasion came to an end and vote of thanks was given by Master Ayomide Akande, with the closing prayer by Pastor Robert. Indeed, the awesome last Talent in Autism Show 10 climaxed with great memories that would linger in a long time.

Power of Collaboration amongst SEN providers