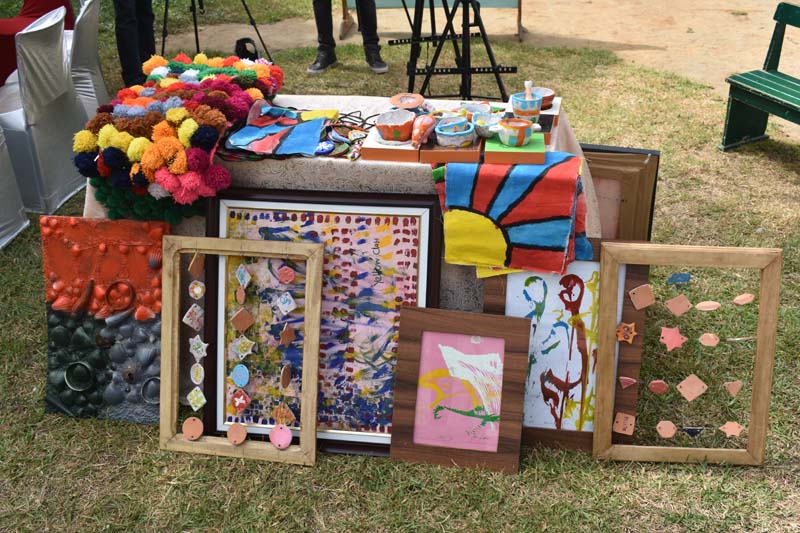 Children with learning disabilities and disorders such as Autism face a tough challenge in Nigeria due to the limited number of special school equipped to nurture them.

Nigerian actress, Monalisa Chinda decided to support one of these remarkable schools on her birthday earlier this month. She visited the Patrick Speech & Languages School in Lagos where she met the administrator, Dotun Akande, staff and students of the school.

Monalisa was given a tour of the school, briefed about the challenges the children face and also the work that the school does. She brought provisions and other household items that are needed by the students. It was a fun day for the students of the school as they got to meet one of their favorite Nollywood stars.

What were you doing prior to setting up Patrick?
I was a banker. What actually prompted me into the world of autism was my son. At about twelve months, he had a bit of speech, at about eighteen months he started having a bit of regression in speech and later he stopped talking. I did not know what to do, I started going to hospitals and they said he will later talk. I met a doctor who eventually told me, my son had autism, that was my first time of coming in contact with it and he gave me an insight into it. He advised me to get him a speech therapist, after school programmes and bombard him with a lot of activities to help him out. At age four, with a speech therapist coming in, he started gaining words, and playing the piano. We had to teach him all these skills like buttoning his shirt, combing his hair, wearing his clothes because sometimes he wears his shirt to the back, his trousers to one side and he keeps walking like nothing has hapened. The truth is that if you work with that child early enough, you can get a total child, for instance, my son is now in secondary school and he is coping though he has challenges in some areas but he is coping as he moves along the line.

How do you convince parents that their children have this defect?
Once I know something, I run with it, I do not care about what people will say. People are scared about what family members will say about the health of their child. Sometimes, a lot of spiritual attack is attributed to this and what people will assume is that the person has a mental disorder since you can’t see it in the face. For me I ran with it, I did not deny the fact that my son had challenges. I started earlier and got the result. The problem we have in Nigeria today is stigmatization, there are instances people will ask me why I am telling everybody that my son has autism. Don’t you think you should keep it within the family and I say if I do other families will not learn from it and that is why Patrick is alive today